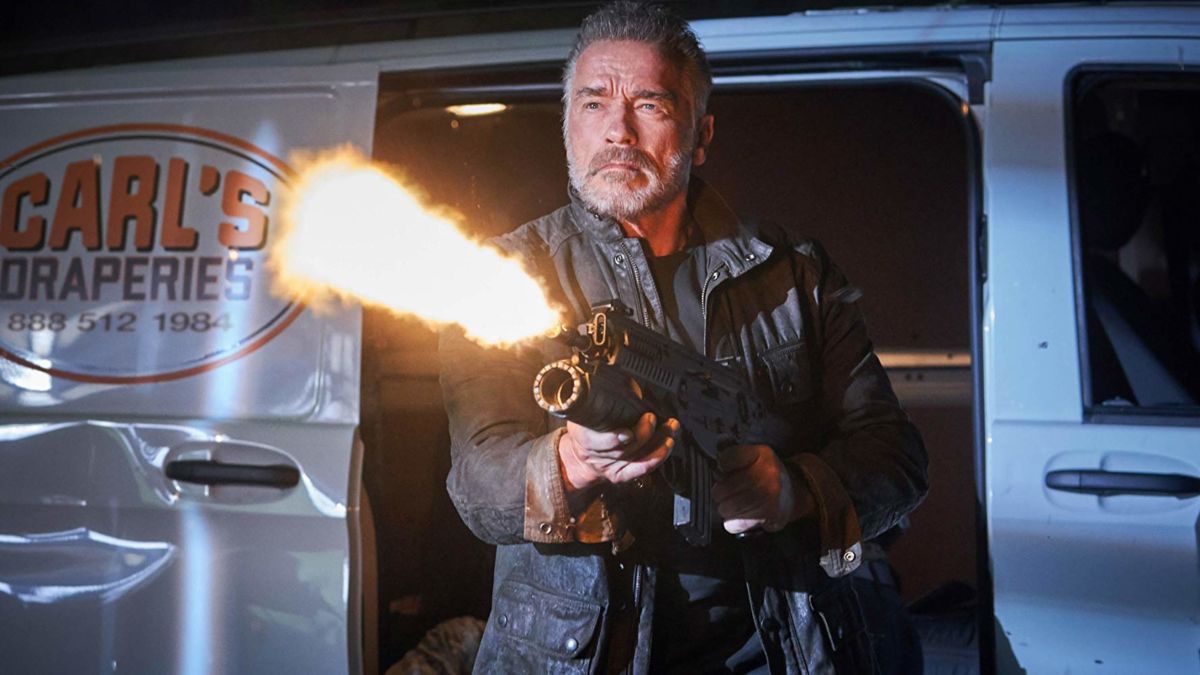 While watching this I had a stark realisation. Arnold Scwarzenegger is 72 years old now and Linda Hamilton is 62 years old. It has been 27 years since Terminator 2. But the question is. Are the elders still able to kick butt?

In the world of Terminator Dark Fate movie 3-6 never happened. This takes place after Terminator 2 instead in an attempt to retcon the series with a spark. It has the same basic plot. Someone is the chosen one, they send back someone to protect and someone that wants the chosen one dead. It’s a tad formulaeic but hey it works! This time it’s not Arnold that is sent back to protect the chosen one but a supersoldier named Grace.

The old T-800 series of terminators are pretty much discontinued. Arnold might be the last one left. It feels like a homage to the action heroes of old. Pure muscle, machine and badassery. While the new model is a new form of melty steel new age crap. With this homage over and done with Arnold takes the back seat.

This is a great action film where the ladies take the lead. Besides Hamilton we also have Mackenzie Davis and Natalia Reyes essentially being the main stars. They are just as capable as ultra buff men to make corny oneliners, use machine guns and throw grenades like there is no tomorrow and it’s so wonderful to watch!

Terminator Dark Fate is a vitamin injection for the action genre as a whole. It shows that the stage doesn’t entirely belong to the now grey haired action relics of the eighties. It’s gritty, it’s filled with explosions and manages to feel like a true sequel to Terminator 2. I hope that this is along with Rambo is just the spark that’s needed to reignite the action genre!

This review was made possible thanks to our collaborative partner Spegeln.

All the best in Malmö and Skåne!
Follow us on Facebook and tag us to get your pic shared! Get tips on the best things in Malmö on our site!

We got invited to visit @skanskaspritfabriken in S

New article up! The Complete List Of 71 Swedish Gi

Hey! It has been awhile. The Best In team has take

Malmö being the super dog friendly place it is ob

Best in Malmö needs to know? . . Guide with revie

Don't forget to Siesta . . Repost 📸 from the ta

Love the longer sunsets coming to Malmö with the

Boat life or city life, which would you choose? .